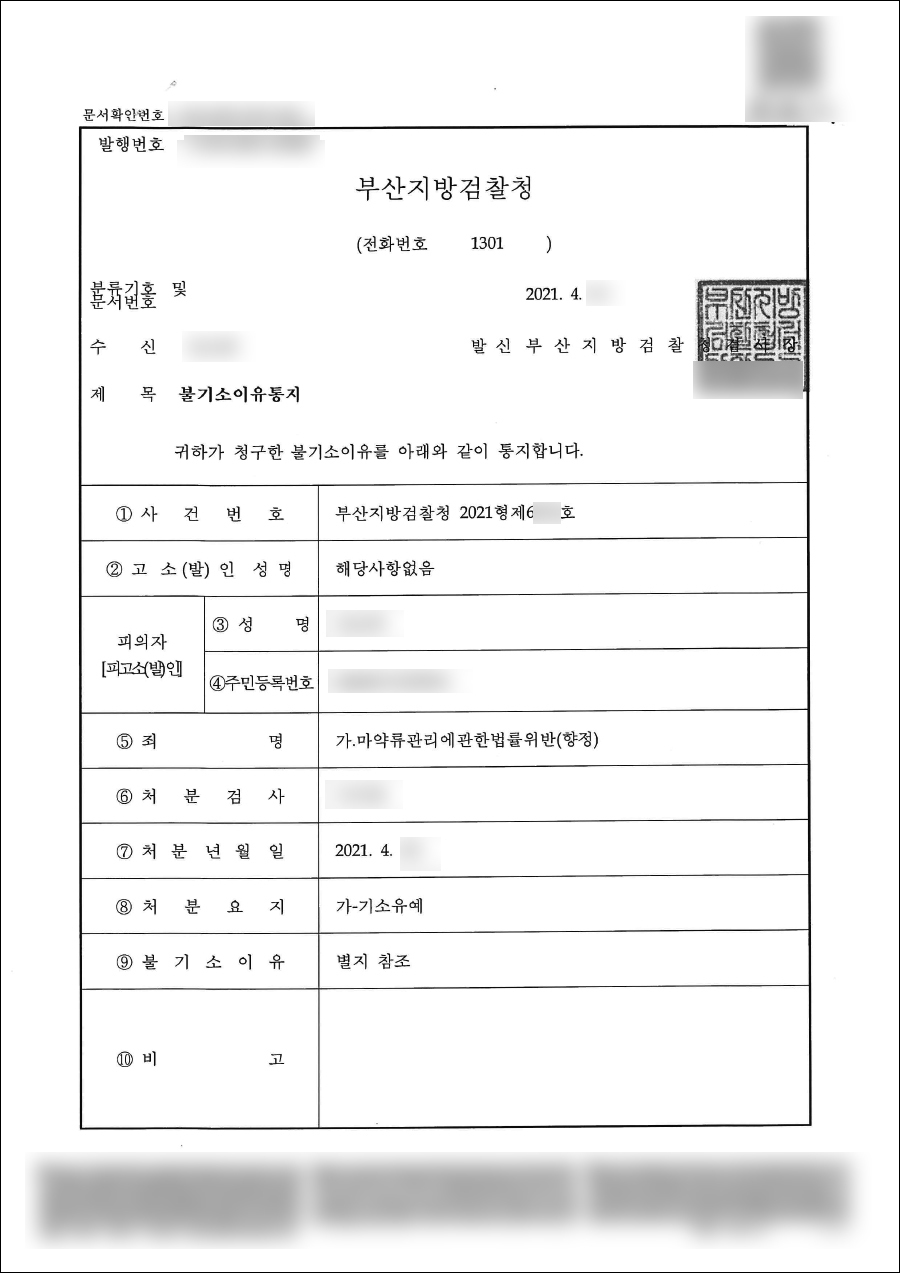 The client tried to bring psychotropic drugs such as etizolam and lorazepam into Korea through express mail, which was found at Incheon International Airport and was investigated for violating the Narcotics Control Act.

Article 4 (1) of the Narcotics Control Act stipulates that no person other than a person handling narcotics shall engage in possessing, owning, using, transporting, controlling, importing, exporting, manufacturing, preparing, administering, giving or receiving, trading, assisting in trade of, or delivering narcotic drugs or psychotropic drugs, and any violation of this provision is punishable by imprisonment of up to 10 years or a fine of up to KRW 100 million in accordance with Article 60 (1) of the same Act.

The client was married to a foreigner and had been living in a foreign country for 10 years, so she did not know much about Korean law, and she had no idea that receiving medication in the mail during her brief stay in Korea would be such a big problem. The client urgently visited Law-win and had in-depth consultations with our attorneys, and our attorneys prepared extenuating circumstances based on the details of the circumstances of the incident and why she needed the medicine.

Attorneys at the Law-win submitted a written opinion detailing the fact that the client had lived abroad for a long time by marrying a foreigner in her early 20s, and that the client had been constantly receiving psychiatric treatment in another country and taking the drugs.

With the help of lawyers at Law-win, the indictment was suspended.

Recently, the level of punishment for violations of the Narcotics Control Act has been heightened. Therefore, if you are implicated in a drug case, you should respond flexibly to whether you should plead for leniency or plead not guilty during the investigation stage, and if such a response is delayed, it could result in greater punishment. In this case, thanks to the client's visit to Law-win in the early stage, a faster response was possible, and the indictment was suspended, which the client hoped for.