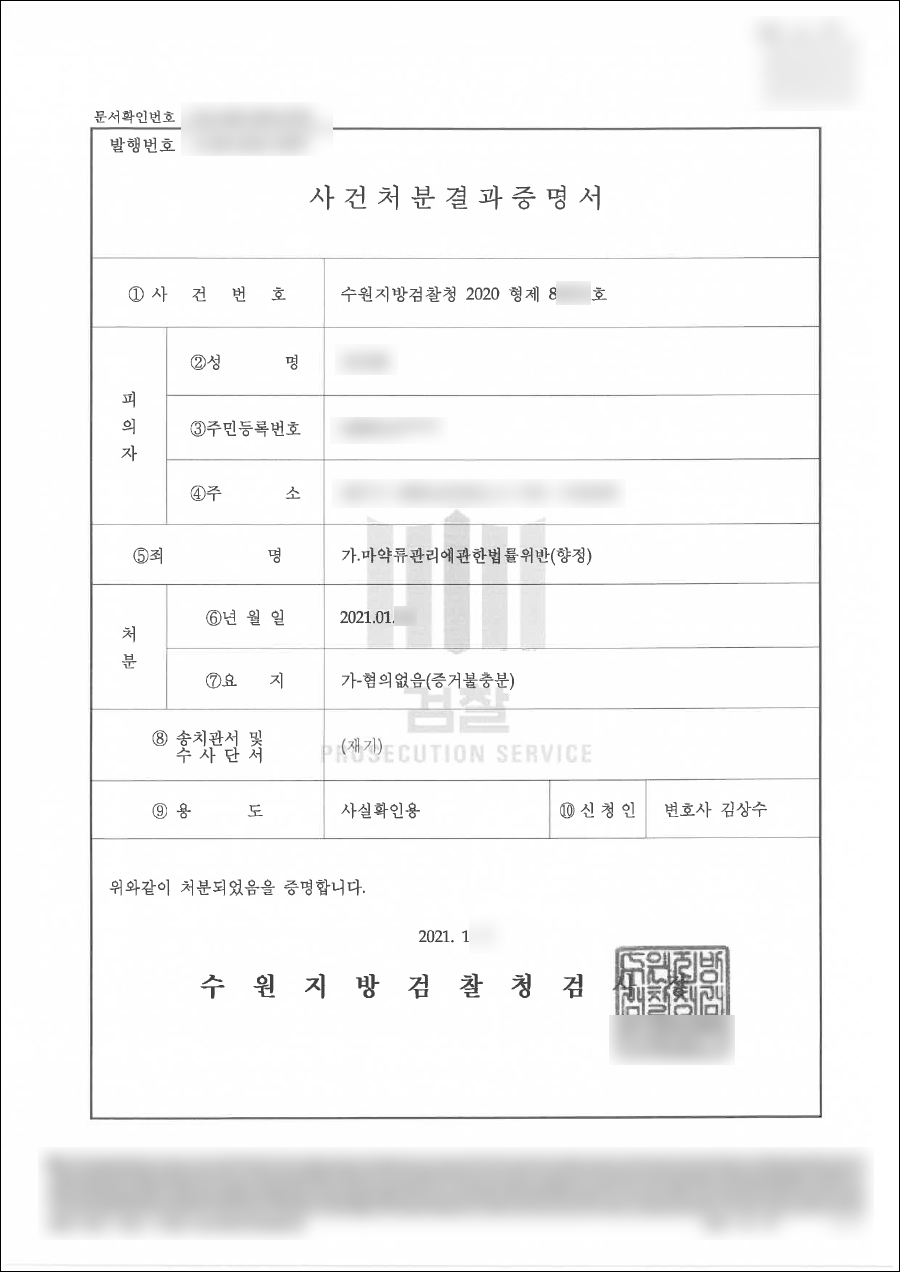 The client is a Vietnamese national living in Korea, and was arrested for drug trafficking and administration following a report from a person who used to be a neighbor in his hometown.

With the help of Law-win's attorneys, the client was immediately released arrest warrant was not filed, and was eventually acquitted (insufficient evidence).

In the drug-related cases, with the exception of drug testing, the allegations are often substantiated by the statements of those around them. Moreover, although it was very difficult to prove that the client was clear of the charges, for the client in fact had a video of the informant taking drugs, Law-win’s lawyers carefully grasped the informant’s statement and flaws with interpretation in the process of making the statement, and by properly analyzing and asserting the credibility of the informant’s statement, such as the consistency of the statement, we were able to get our client acquitted of the charges.